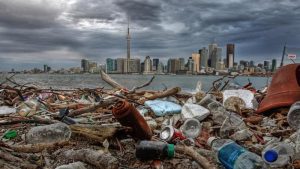 Environmental pollution, be it water-based, land-based or air-based is increasing becoming an issue with regards to the human health across the globe. The poor quality of air around the world is being blamed for the increasing incidences of respiratory problems and ailments such as asthma.

In the case of land and water pollution, scientists and health experts have linked health complications to these kinds of environmental pollution; such as increased chemical accumulation in people.

Regardless of whether or not you believe that human activities are the main cause and contributor to the changes we are witnessing in climatic patterns one thing remains clear; climate change is exposing more and more people diseases. Some experts say that the increasing temperature is broadening the malaria prone zones in Africa, whereby areas that did not experience malaria are reporting an increasing number of malaria cases.

Other issues caused by climate change include malnutrition, mostly in the lower and middle-income countries.

Cancer is a menace to the health system of countries around of the world. In some quotas, it is believed to cause more death than HIV, tuberculosis and Malaria combined in the middle and low-income countries. This mind boggling statistics only get grimmer when you consider that poverty level in some of the second and third world are increasing. This means, more and more people are increasingly becoming unable to afford cancer treatment. Death for cancer patients without access to proper treatment is inevitable and an eventuality in such instances.

Emergence Of New Strains Of Viruses

Although effort around the globe to eradicate long-standing viruses such as HIV and Polio have borne, global health systems are facing the emergence of ‘new’ viruses that have not been experienced before, or at least not as global issues. Case in point, Zika virus whose spread has reached global proportions in 2016.

Another virus that caught the attention of global health players is the Ebola virus, which broke out in West Africa 2014-2015. The virus shock the world as we were ill-prepared to deal with such a ravaging and traumatizing virus.

With regards to the emergence of such virus, questions still linger on whether the world is prepared to deal with virus outbreaks, especially considering how extensive global interactions are these days. You will want to make sure your health is always checked and even see a health and wellness clinic to have a round of nutritional counseling done to see what foods your body loves and hates. It might sound a little odd but it goes a long way in developing a healthy lifestyle.

The long-standing struggle to rid the world of HIV continues. However, with over half of the people who have the virus not knowing that they are suffering from it, the prospects of ending this epidemic are not so bright.

These problems and many more are the worldwide health problems we face today. Although there are efforts being taken to address these problems, more effort and certainly more investment is needed.